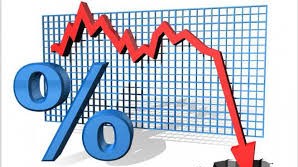 Are Negative Rates Going To Be Helpful To Me?

There has been a phenomenon in Japan and Europe in recent years called Negative Interest rates – a situation whereby the bank receives money from the customer to hold their deposits and the bank, in turn does the same when it stores excess reserves in its’ country’s Central Bank. Mostly this has been a result of frustrating and persistently low national productivity rates (GDP) in places like Japan and the European Community. Both places have had economic performances that are a fraction of the USA’s since 2009. A traditional monetary policy tool among developed economies is to raise rates when the economy overheats, and to loosen rates when contraction occurs. Currently, the opposite appears to be occurring in the USA – while Europe and Japan are struggling to make these traditional monetary tools an effective engine of growth in an equally non-traditional way. That is – in a negative interest rate environment. The President of the United States (POTUS) joined the conversation recently suggesting that the US Federal Reserve should cut rates dramatically (“…to ZERO, or less”) to lead the way in this modern but unusual monetary trend.

What Are Negative Interest Rates?

This raises the question: “What would negative interest rates look like for the consumer or business owner”? Well, according to the POTUS, the US economy would take off and expand even more than it has for the record-setting past 11 years. There is considerable disagreement as to whether that would actually happen. As it is, the POTUS has already managed to get The Fed to cut rates for the first time since 2019 – ostensibly to counter the headwinds introduced by the POTUS’s trade war with China. This is an unusual development historically given that so much strength has been exhibited elsewhere within the US economy of late.  Let’s take a closer look at what Negative Rates might mean on the ‘Good’ as well as the ‘Bad’.

Overall, it is difficult to see Negative Rates having a stimulative effect on a national economy when an entire sector of that economy is under such tremendous margin pressure. It could be easily argued that it may cause more harm than good as banks may decide to close the valves rather than open them up – they may decide that if they are told to lend at negative rates, they may decide to reduce risk by raising credit quality. This would most likely reduce the availability of credit (something that is not an issue, currently) – which is what happens during a recession – the very scenario the POTUS is desperately trying to avoid.

“I have prepared this commentary to give you my thoughts on various investment alternatives and considerations which may be relevant to your portfolio. This commentary reflects my opinions alone and may not reflect the views of Harbourfront Wealth Management. In expressing these opinions, I bring my best judgment and professional experience from the perspective of someone who surveys a broad range of investments. Therefore, this report should be viewed as a reflection of my informed opinions rather than analyses produced by Harbourfront Wealth Management Inc.

“Disclaimer – This information transmitted is intended to provide general guidance on matters of interest for the personal use of the reader who accepts full responsibility for its use and is not to be considered a definitive analysis of the law and factual situation of any particular individual or entity.  As such, it should not be used as a substitute for consultation with a professional accounting, tax, legal or other professional advisor.  Laws and regulations are continually changing, and their application and impact can vary widely based on the specific facts involved and will vary based on the particular situation of an individual or entity. Prior to making any decision or taking any action, you should consult with a professional advisor. The information is provided with the understanding that Harbourfront Wealth Management is not herein engaged in rendering legal, accounting, tax or other professional advice.  While we have made every attempt to ensure the information contained in this document is reliable, Harbourfront Wealth Management is not responsible for any errors or omissions, or for the results obtained from the use of this information. All information is provided “as is,” with no guarantee of completeness, accuracy, timeliness or as to the outcome to be obtained from the use of this information, and is without warranty of any kind, express or implied. The opinions expressed herein do not necessarily reflect those of Harbourfront Wealth Management Inc. The particulars contained herein were obtained from sources we believe to be reliable but are not guaranteed by us and may be incomplete.  The opinions expressed are not to be construed as a solicitation or offer to buy or sell any securities mentioned herein. Harbourfront or any of its connected or related parties may act as financial advisor or fiscal agent for certain companies mentioned herein and may receive remuneration for its services. The comments and information pertaining to the Hudson Total Mandate Portfolio and/or the Willoughby Investment Pool (“The Portfolios”) are not to be construed as a public offering of securities in any jurisdiction of Canada. The offering of units of The Portfolios is made pursuant to the Offering Memorandum and Simplified Prospectus and only to investors in Canadian jurisdictions. Important information about The Portfolios is contained in the Offering Memorandum and Simplified Prospectus available through Willoughby Asset Management. Commissions, trailing commissions, management fees, performance fees and expenses all may be associated with investments in The Portfolios. Investments in The Portfolios are not guaranteed, their values change frequently, and past performance may not be repeated. Historical annual compounded total returns including changes in unit value and reinvestment of all distributions do not take into account sales, distribution or optional charges or income taxes payable by any security holder that would have reduced returns. Unit values and investment returns will fluctuate and there is no assurance that The Portfolios can maintain a specific net asset value. Harbourfront Wealth Management Inc. (“Harbourfront”) has relationships with related and /or connected issuers, which may include the securities or funds discussed in this commentary and are disclosed in our Statement of Policies Regarding Related and Connected Issuers. This policy is included in your new client package, on our website, or can be obtained from your investment advisor on request.

Important note: Please do not send trading instructions by email. Email should be used for general enquiries only. Harbourfront Wealth Management will not act on any instructions sent using email, as it is not always possible to ascertain who actually sent the instructions.  Harbourfront Wealth Management will not accept any financial liability for any act or failure to act on the instructions in an email. This email and any files transmitted with it are privileged, confidential, subject to copyright and intended solely for the use of the individual or entity to whom they are addressed. Any unauthorized use, copying, review or disclosure is prohibited. If you are not the intended recipient, you are hereby notified that any review, retransmission, conversion to hard copy, copying, circulation or other use of this message is strictly prohibited and may be illegal. Please inform the sender immediately or write to compliance@harbourfrontwealth.com and delete this document immediately.