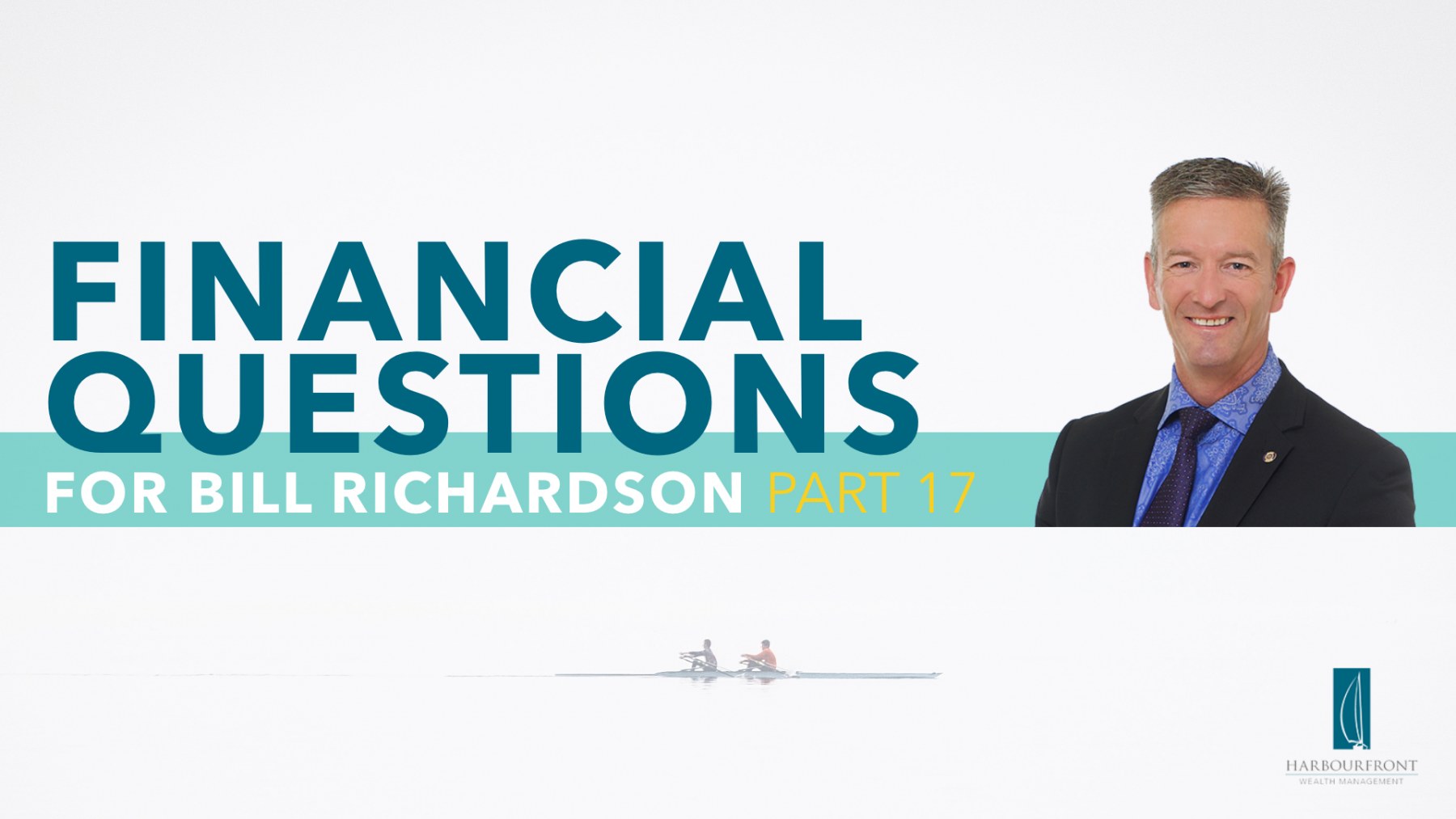 A.  Your question is really two parts, so let me answer them both and then address the current situation.

Question 1: Where are interest rates rising?

There are a broad range of interest rate markets that trade just like stocks, but they are much less transparent. One market that we watch very closely is US and Canadian 10-year interest rates. This is important as institutional investors watch the spread between 10-year rates and an equivalent rate for stocks. More about that later.

Ok, I’m going to have to get a little technical, so I apologize. One method of measuring whether a stock is expensive or inexpensive is what is called Price/Earnings Multiples (PE). This is calculated by simply dividing the price of a stock by the earnings generated by that company. So, if a company earns $1 per share and the stock is trading at $10, the PE is said to be 10 times earnings. Sophisticated investors flip the PE Ratio to generate a yield called the “Earnings Yield”. So, divide $1 by $10 and you get 10%. By using this, they can compare the earnings yield of a stock to 10-year bond yields and if the spread between the two get too tight, they sell stocks and buy bonds.  By doing so, they are reducing their portfolio risk and this causes the prices of stocks to decline.

So, let’s take a look at Microsoft. In November 2018, the earnings yield of Microsoft was 2.25% and US 10-year bonds were yielding 3.11%, so institutional investors began selling Microsoft to buy bonds and the stock dropped from $115.61 to $94.13 or approximately 18.5%. Interest rates quickly dropped and Microsoft got back on its positive trend.  (source: Ycharts.com)

Question 3: History is nice but, what’s up now?

There is usually a pretty good lag before stocks react to 10-year bond yield increases. Using Microsoft as an example, there is usually a bit of a lag between when 10-year bond yields rise and stocks react. Rates started rising in July and as they did, a strong upward move in the price of Microsoft hit the brakes and the price began trading sideways. Then it had a sharp run up in January but began to feel the pressure of rising rates and has since declined from $245 to $226.

Based on today’s price and earnings, Microsoft has an earnings yield of 2.91% and 10-year bond yields are 1.56% so the spread is still wide enough to support current prices but this is something that we are watching closely.  (source: Ycharts.com)

Sorry again for getting technical, but sometimes it is not a bad idea to have a sneak peek behind the curtain to see some of the factors that we watch in making decisions.

If you have questions regarding your portfolio, give us a call or drop us an email.

Until next time, have a great day!